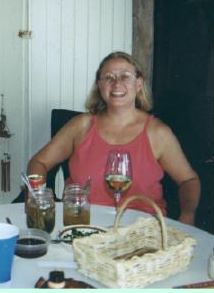 On the screened porch, Bert enjoys a drink
and a snack of her own famous dilly beans.

Skipper Stephen on board the Jig-a-Byte 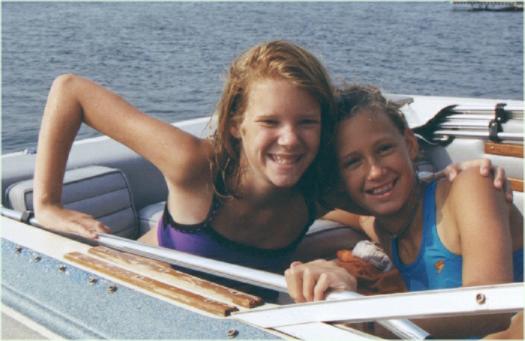 Megan and Liese after Stephen took them out to the
"deep end" of Lake Champlain to swim, or rather to bob-a-lot.
This consists of wearing a life vest on your hips
so that you can sort of "sit" in the water and, well, BOB-A-LOT!

Liese the dog-lover and the three very nice doggies from the camp next door to Bert and Steve.