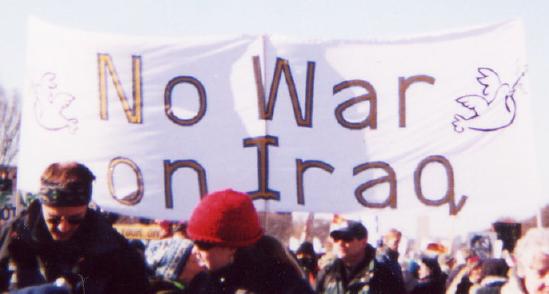 This was the basic message... 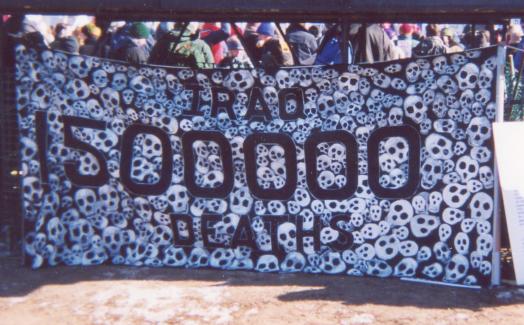 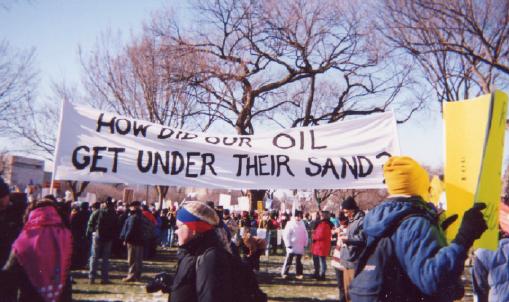 This was part of the subtext. 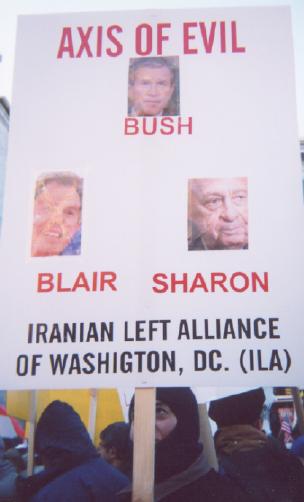 For my Iranian-American friends Behi and Homayoon 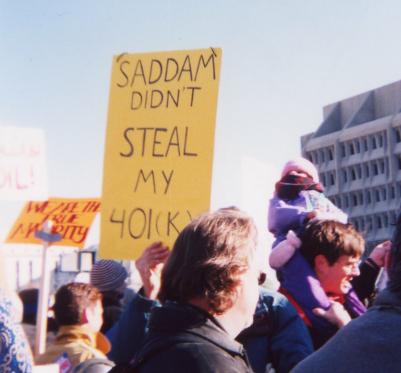 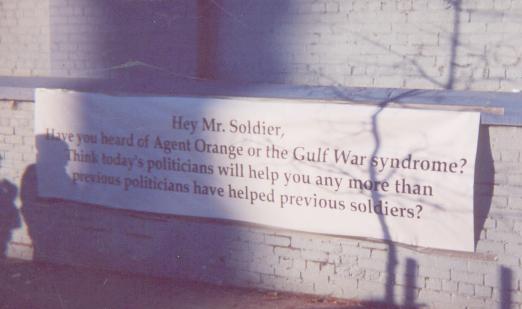 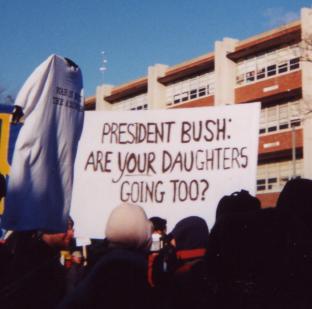 and another good point. 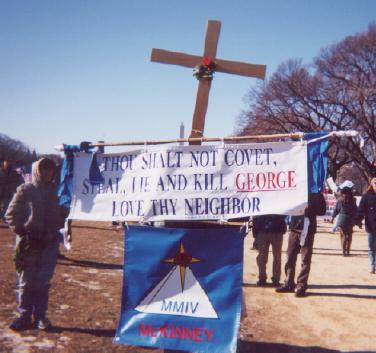 Many signs reminded Georgie of his obligations as a Christian.
Jesus, Gandhi and Martin Luther King, Jr. were widely quoted. 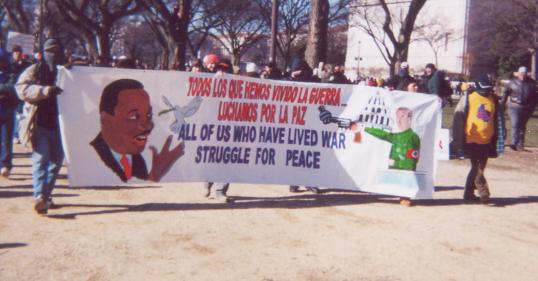 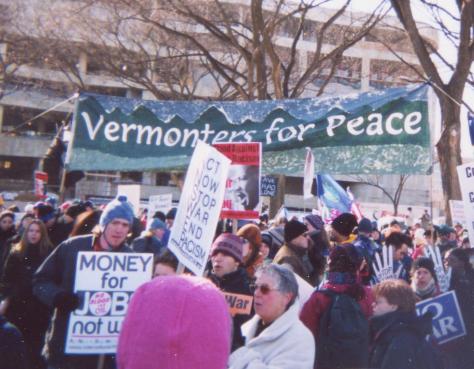 The Vermonters had one of the most beautiful banners. 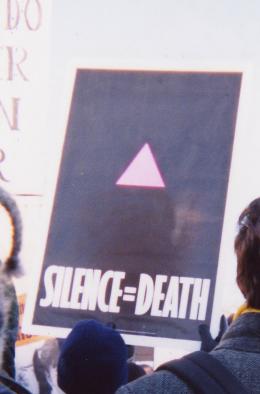 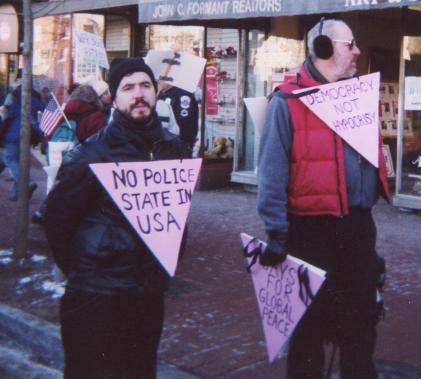 The GLBT community was not forgetting recent history. 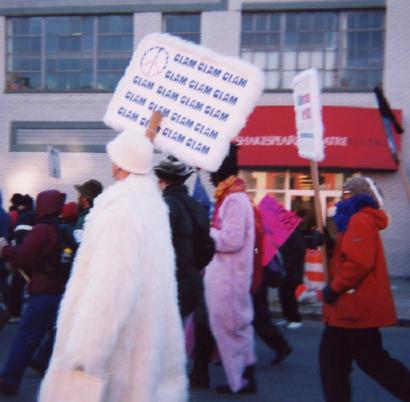 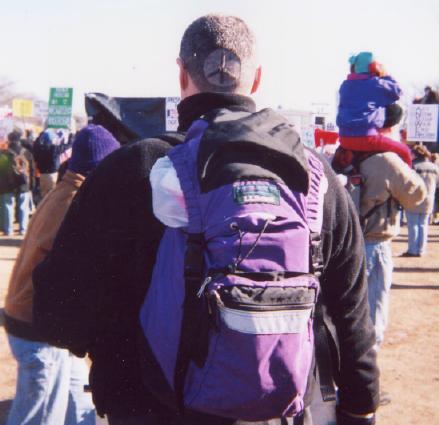 This fashionable patriot had his hair shaved into a peace symbol. 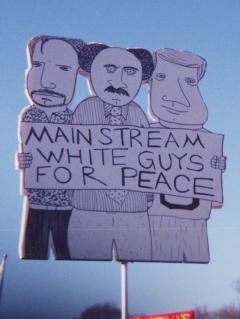 This was a good one. I understand the TV works were showing lots
of black and ethnic faces so the white folks at home would think it wasn't a "mainstream" crowd.
It was a gloriously diverse crowd but minorities were not overrepresented,
there were plenty of white suburban people with their kids out there, PLENTY. 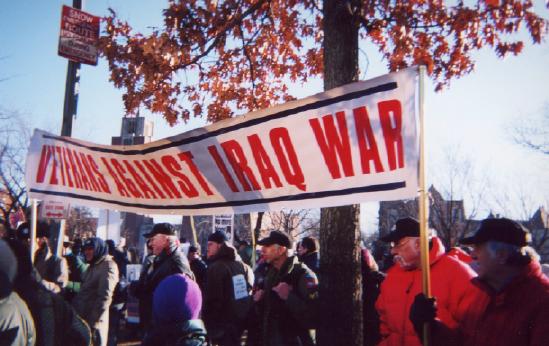 Veterans were well represented at this ANTIWAR demonstration.
If anybody has any credibility on this issue, it's these people. 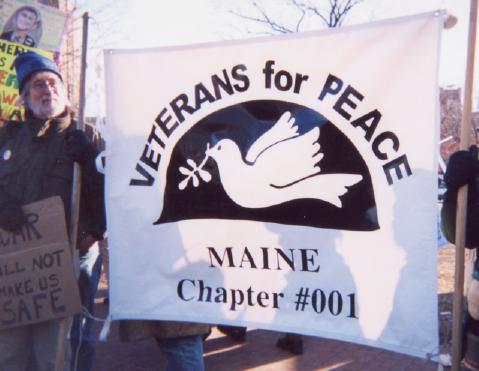 Various groups and chapters were represented.

I don't know who these guys were but they were quite striking in their masks and costumes. 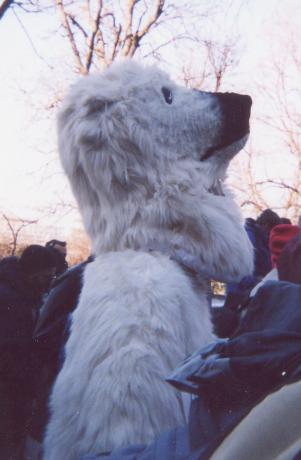 This guy was representing polar bears against oil drilling in Alaska.
We all admired his very warm-looking costume.
The only thing the papers got right about the demonstration was that it was cold out there. 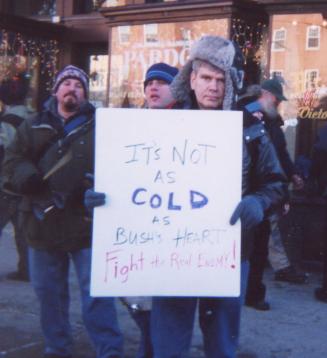 But not as cold...as Bush's heart!
Fight the real enemy. 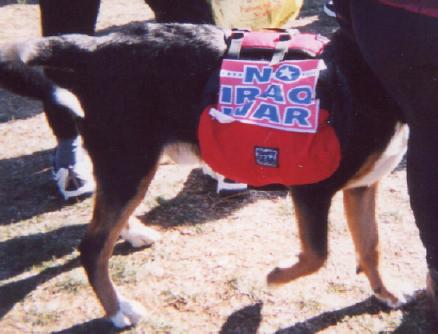 We saw Toddlers for Peace, Babies Against the War, and even Dogs for Peace.

Most of the signs were homemade and many of them were quite personalized. 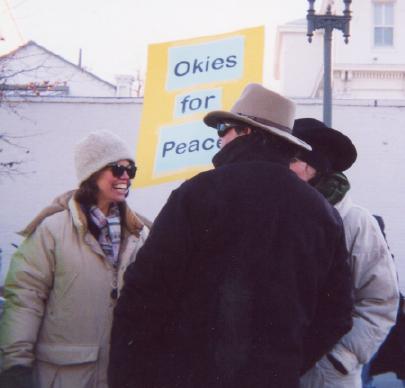 This one's for Bartcop. 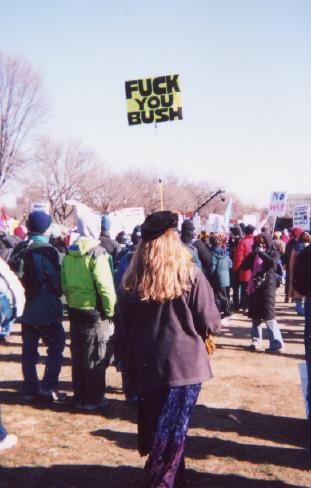 This guy had his pithy sign on a
telescopic pole for maximum height.

This was one of the lines to get into the Air and Space Museum,
where one could spend a few minutes warming up,
using the very clean facilities, and having some EXTREMELY fast fast food.
First all our bags and coats had to be X-rayed but there were evidently no terrorists among us. 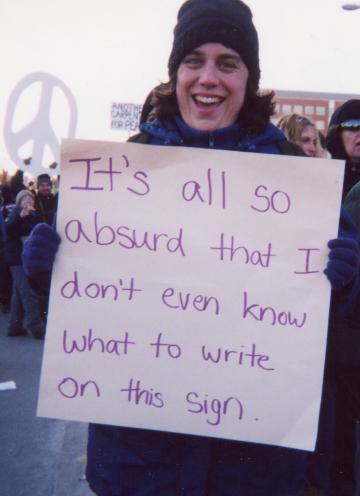 Thought this was fitting for my last shot of the day.