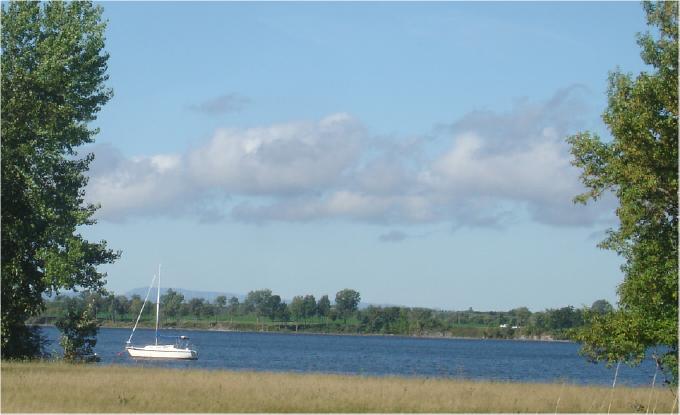 The Alburg Passage, North Hero, Vermont, looking west with the Adirondacks in the background 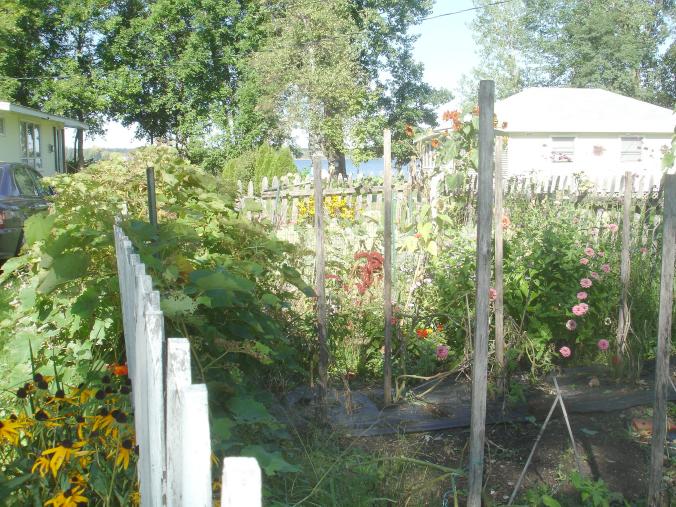 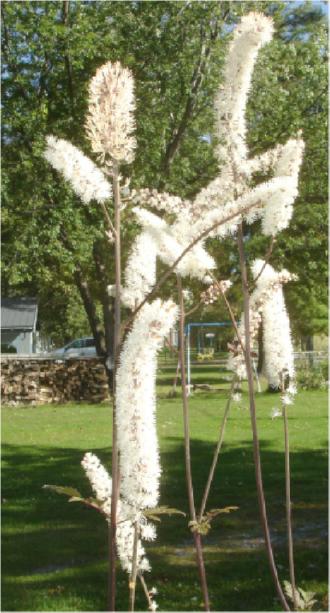 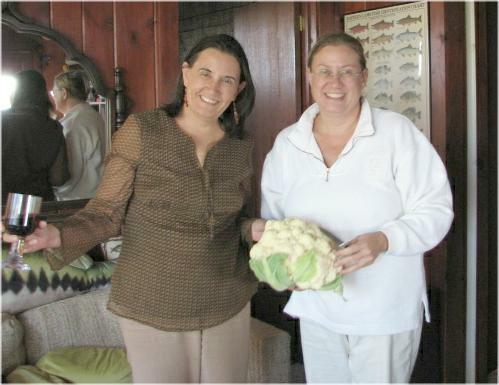 Camp Bob-a-Lot: Deb and Bert and a HUGE cauliflower from New Jersey...Jude took this pic,
it was the first time in 25 years the three sisters had spent a night together with no husbands, boyfriends or children! 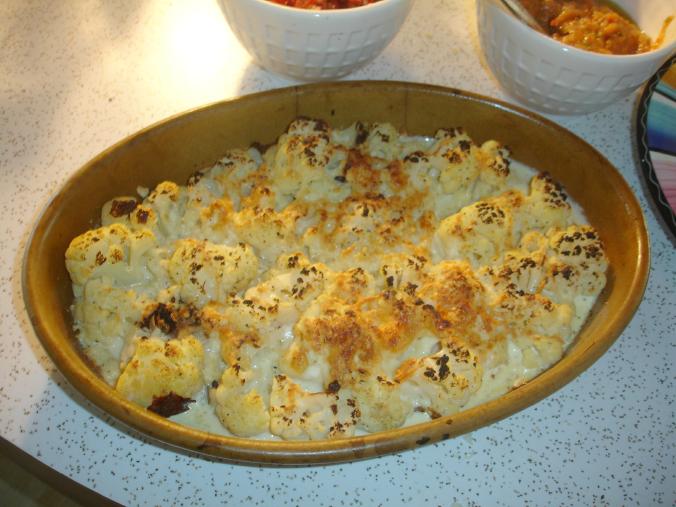 Bert later turned (some of) the cauliflower into a delicious gratinée 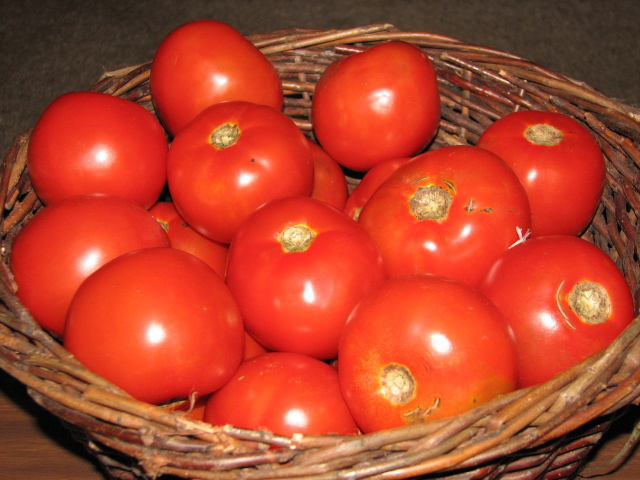 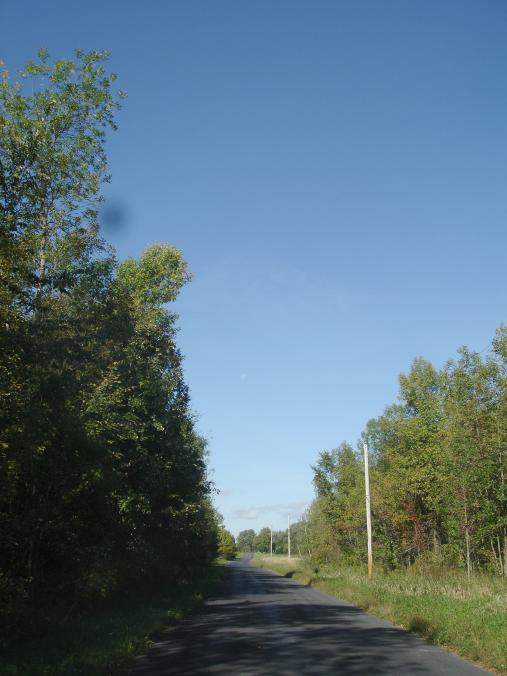 walking down the North End Road--watch out for the traffic! (frogs, etc.) 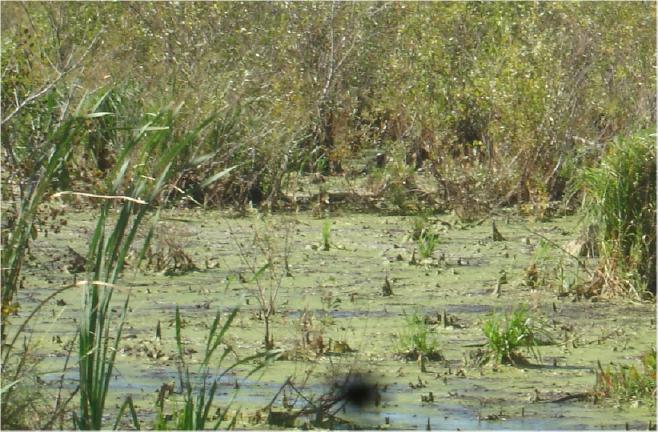 a primordial swamp along the road 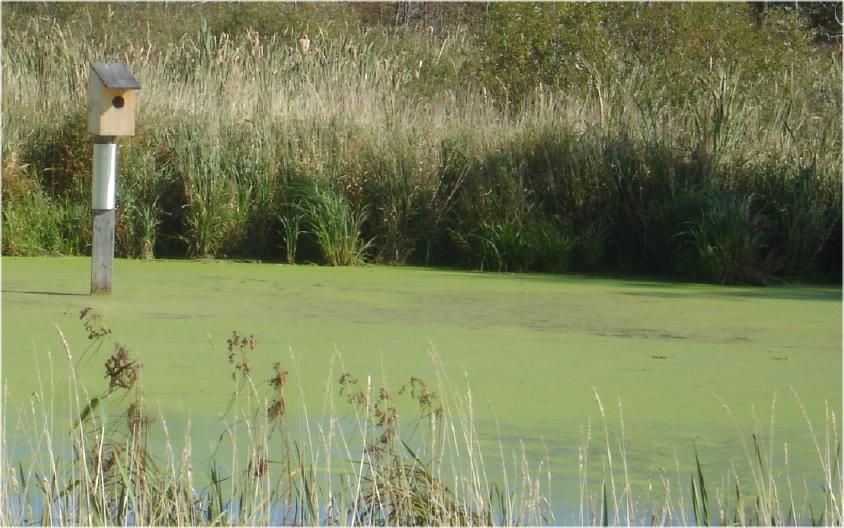 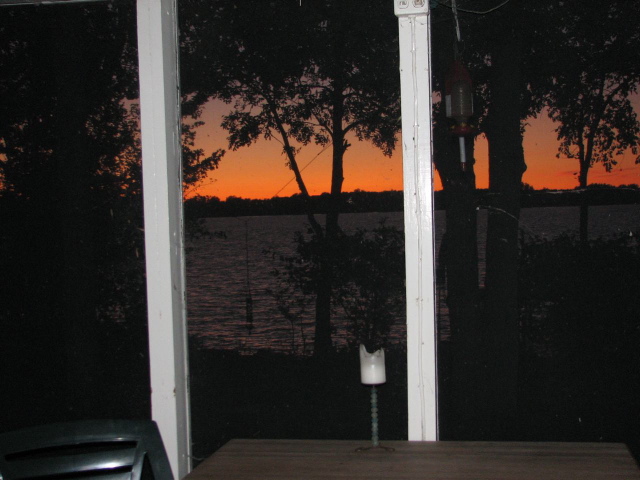 camp at sunset, looking through the porch 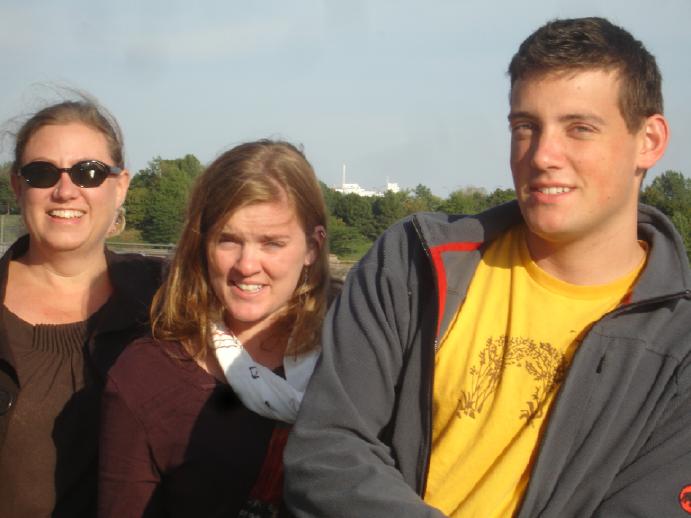 Montreal!
Bert, Caitlin and Tim scoping out the entrance to the concert site for later 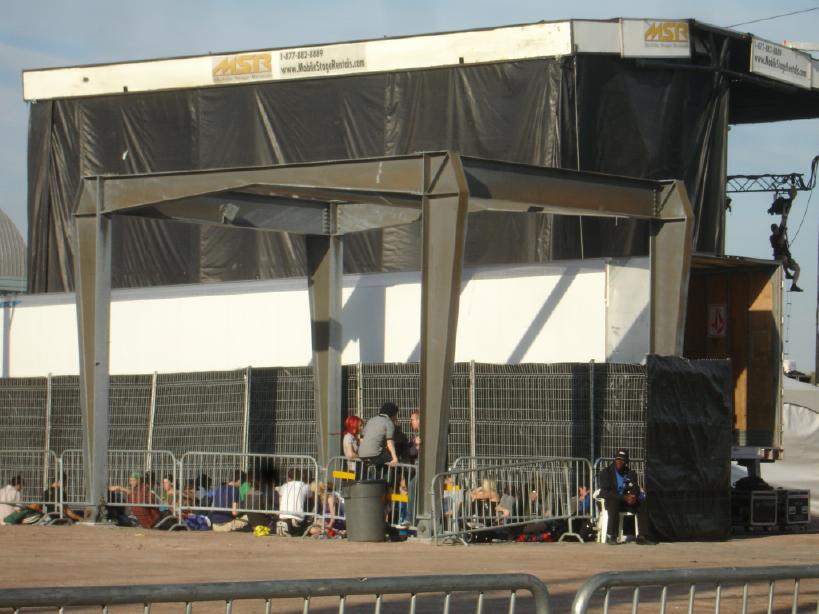 back of the stage...hardcores lining up five hours before the show to get a spot in front


This is for you Timbo!
Here's the band doing wheelies on their Brompton bikes behind the stage
(Jónsi's definitely the best!)
more on the bikes from SR's tour manager here 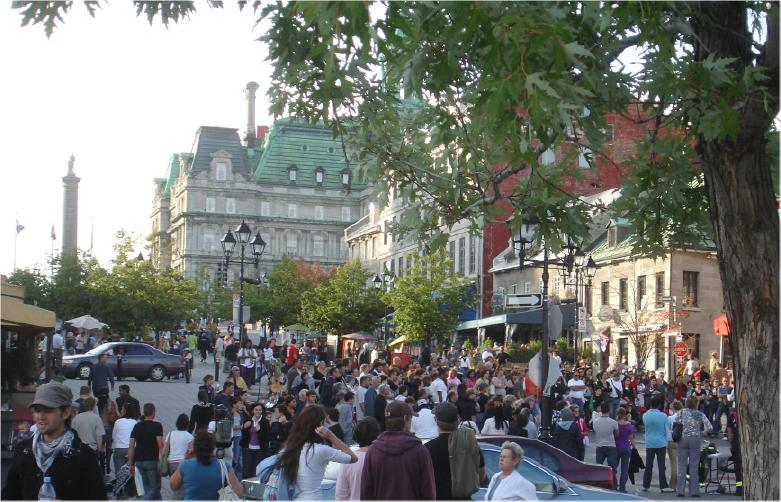 last night of summer on the Place Jacques Cartier, bustling as usual 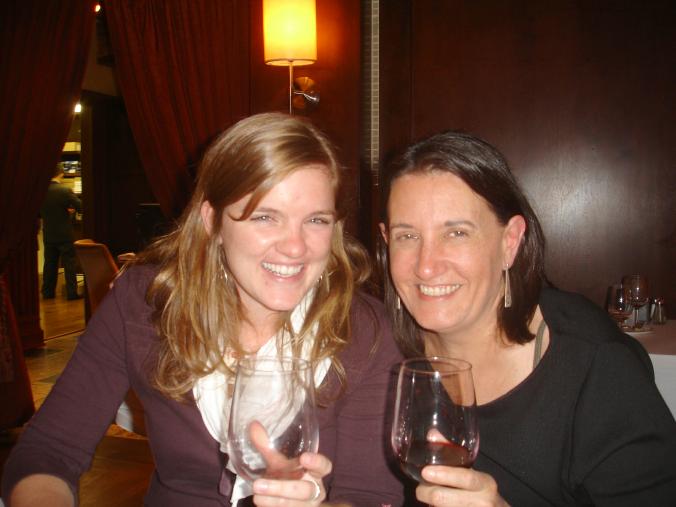 Caitlin and Deb enjoying some lovely French wine before dinner 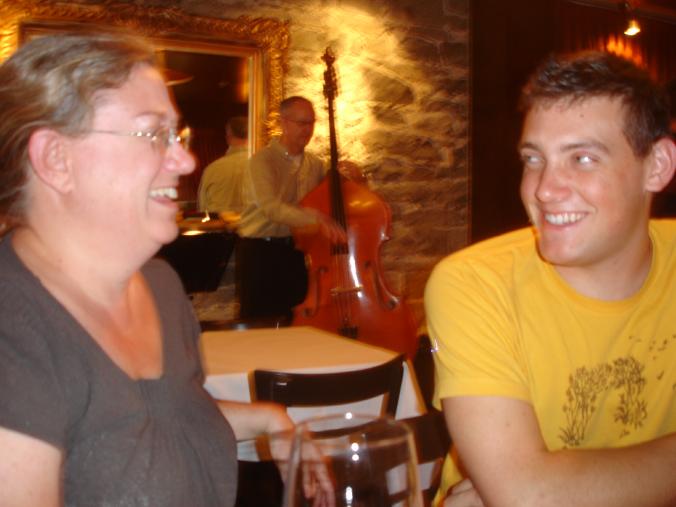 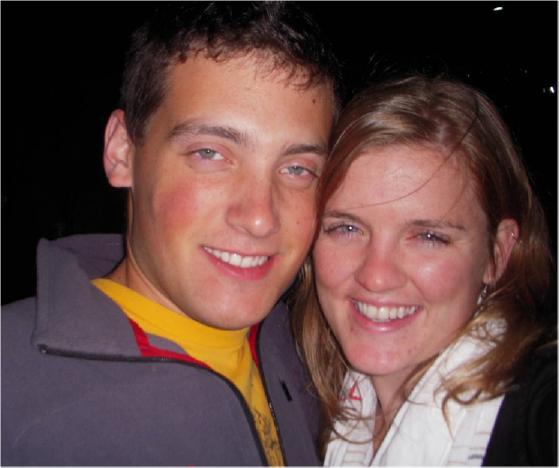 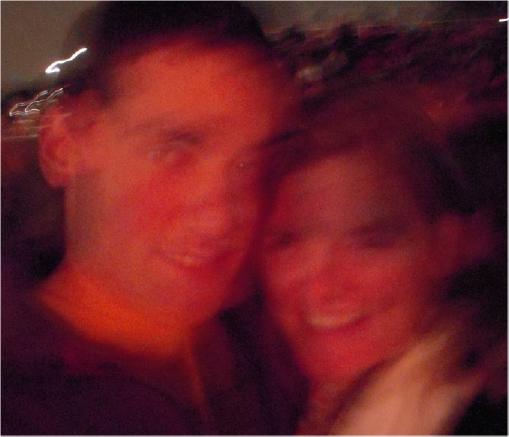 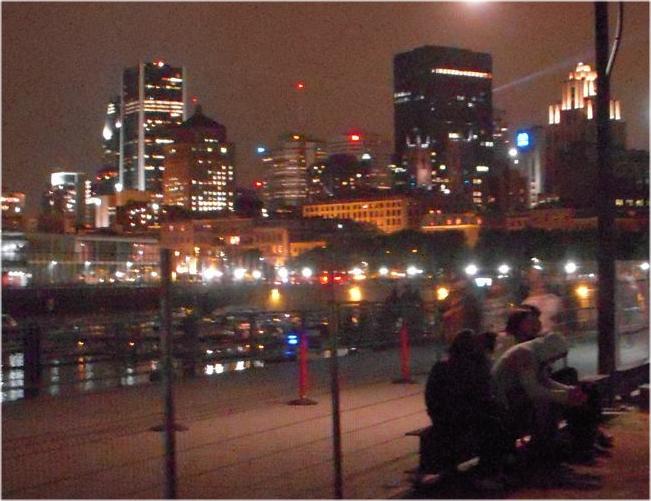 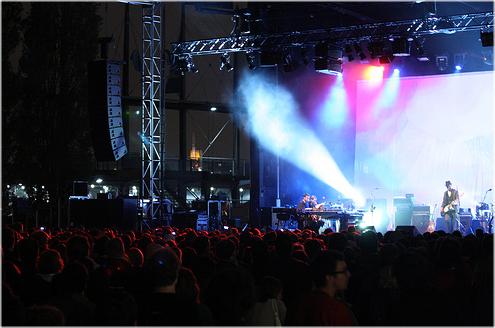 Sigur Rós, the second-best band in the world!
This must have been the great Inní mér syngur vitleysingur
("Within me a lunatic sings"), Bert's favorite and far and away the
happiest song the band has ever done, with Jónsi joining Kjarri on the keyboards.
(these and other fantastic concert shots by aurora jayne) 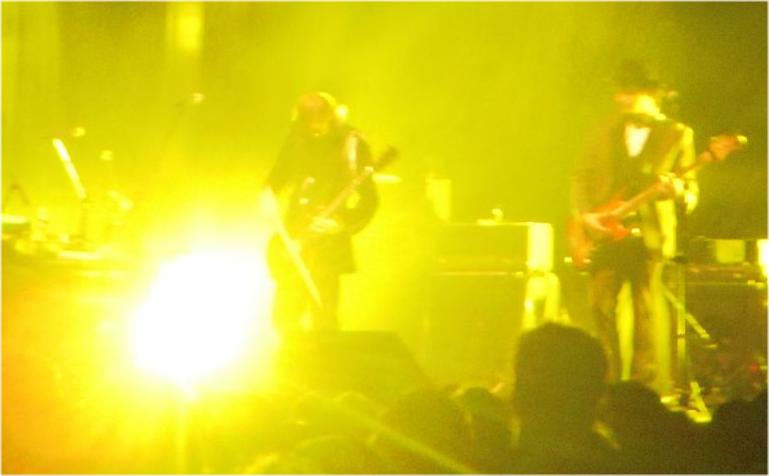 Jonsi bowing his guitar and Goggi watching--this taken by Caitlin, she and Timwere pretty close! 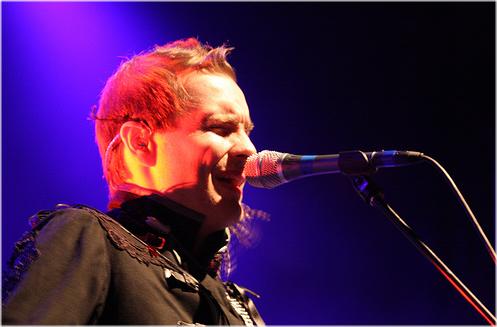 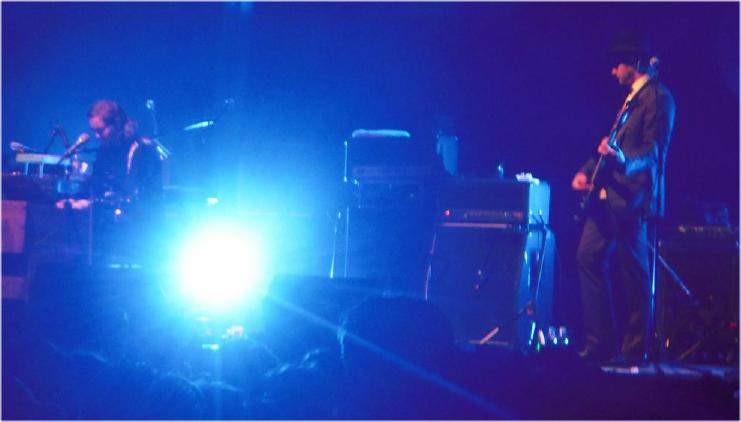 Now Goggi's watching Jonsi at the keyboards (by Caitlin) 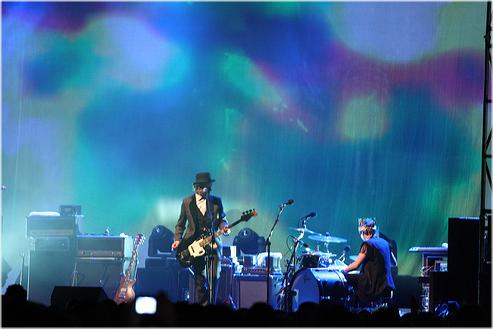 Goggi and drummer Orri wearing his crown (by aurora jayne) 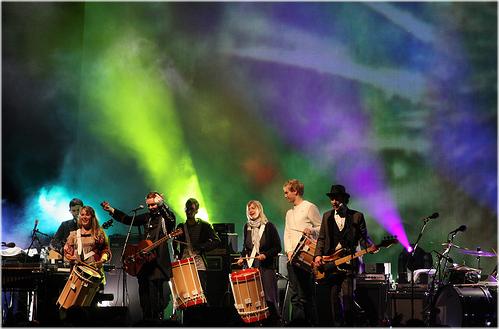 in the absence of Amiina, warm-up band Parachutes assist on encore Gobbledigook (by aurora jayne) 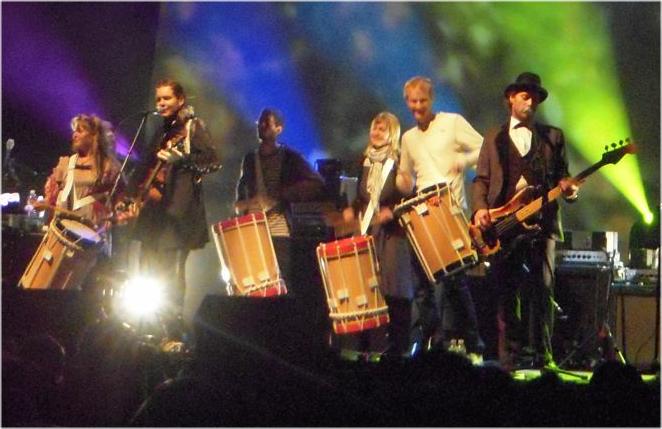 all the drummers (by Caitlin) 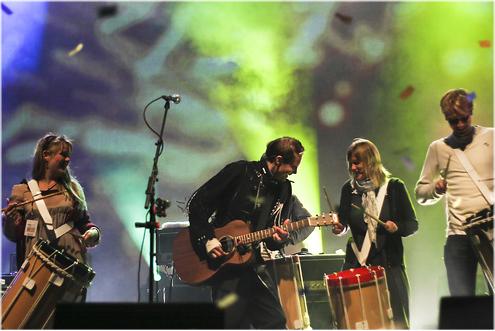 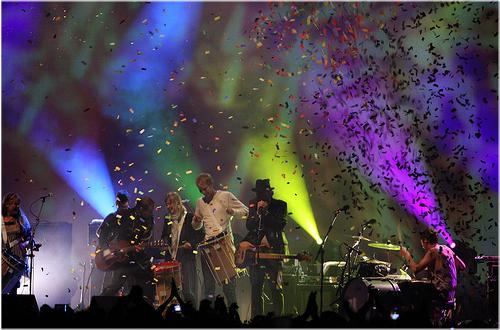 blowing confetti during the encore (by aurora jayne) 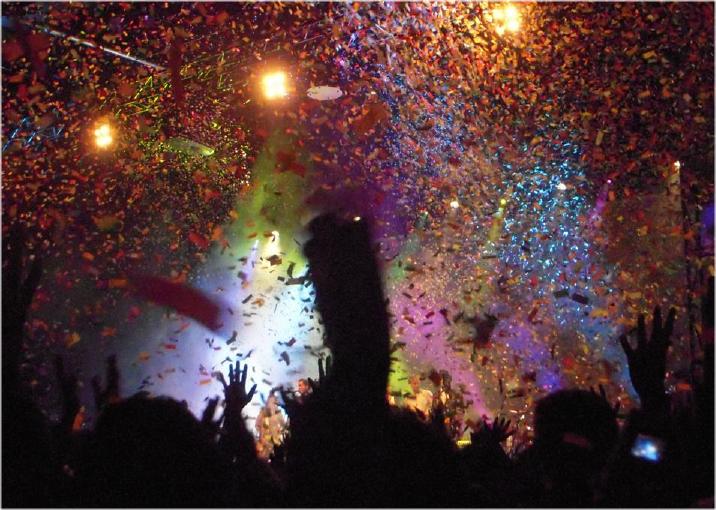 great shot of the confetti release during  Gobbledigook by Caitlin

As Caitlin said, it was simply epic.
I have come to the conclusion that Sigur Rós are not a niche band
but an absolutely HUGE phenomenon, second only to Radiohead in modern avant-garde pop.
First their stunning success headlining Bonnaroo, then this tour, without Amiina and the brass band backing them up.
Who would have thunk it? Long, slow, orchestral numbers sung in a language no one understands, or no language at all.
Absolutely devoid of commercial potential.
And yet, the new record debuted at #5 in America and simply kills.
Takk, boys.

more about the show including videos on the music blog